Antiheroes in books are interesting, especially in Fantasy and Science Fiction. Characters can already be hard to relate to when they are shaped by a different environment/world yet alone when they are mentally screwed up or morally flawed as well. They will make decisions that seem stupid and do things you would never dream of, which can be frustrating or even offensive for a reader. Anti-heroes can be defined as “An antihero, or antiheroine, is a protagonist who lacks conventional heroic qualities such as idealism, courage, or morality.” (Wikipedia).

People will outright hate antiheroes in some books, so much so that they will put the book down and never pick it up again. When Mrs. NW tried Prince of Thorns she could not even get past the first chapter due to what the rather rapey antihero Jorg Ancrath gets up to! I have seen reviews where people will not even give The Lies of Locke Lamora a chance because it has swearing in it, and the main character steals stuff. Now I wouldn’t exactly go and buy Jorg and Locke a drink and then invite them back for a cup of tea afterwards, but that doesn’t  mean I don’t find them fascinating to read about. I liken it to historians enjoying reading about the battles held in the colosseum, I doubt many condone the cruelty, but still find it fascinating nonetheless.

“Grrrrrrr angryface! I don’t like that character, he did bad stuff!”

I think also it is worth considering the world and the events that have shaped an antihero. People are a mixed product of their genetic make-up and their environment. Sometimes one plays a bigger part than the other, but both contribute to the whole, and the best authors will help you to understand how these two things came together to produce the flawed character that you have in front of you. If we think about Locke and his buddies, all orphans, and they had two options: join a thieving gang or be forced into slavery and child prostitution. Yup, there ain’t no government benefit or foster-care programme in Camorr. Do we really blame Locke and his buddies for eeking a living from the streets given their circumstances? Is it really all that unexpected that people would be swearing in the vast criminal underworld of this city? I know this stuff will conflict with your morals and your beliefs (I hope), as they do mine, but there is such a thing as the use of realism in writing, even in Science Fiction and Fantasy.

That said, here are my top 5 antiheroes in Science Fiction and Fantasy:

A large portion of the

book is spent exploring Robinette’s pyschological issues and past mental illness. He is twisted and tortured by his experiences but comes across as somewhat arrogant. He is also hopelessly addicted to the pleasures of the flesh in order to cope with tremendous guilt for what he feels he did to a loved one.

Prince Jalan is a man privileged by his position in society and has the gift of the gab. He has great success with the ladies and is used to all the creature comforts. When trouble in his life brews it results in us seeing the worst and the best of him. He is a complete coward when it comes to fighting but redeems himself in other ways.

Dan Sylveste is a brilliant scientist with a lust for knowledge. He seeks this knowledge selfishly, manipulates people, and pursues his quest despite the possibility of unleashing a powerful enemy on the galaxy.

He is getting old and he finds it difficult to pee. He is a brilliant swordsman but his reactions are getting slower and he is finding it increasingly harder to keep up. He is a killer and has a past filled with death, tragedy and darkness. 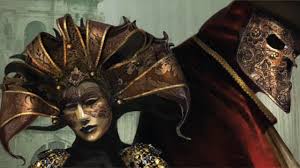 Witty, arrogant, and a con-artist extraordinaire. He is not, however, good looking, he is hopeless at fighting of any sort, and we see him fail to get it up for some wink-wink-nudge-nudge. His skills are false-facing, stealing, manipulating and his undying loyalty to his gang of Gentleman Bastards.

So there you have it, a list of my favorite antiheros. I don’t think I would be friends with these people, but they sure make interesting characters. While I like antiheros, I do acknowledge that a lot of them are polarizing and it is perfectly understandable that you will not enjoy a book that focuses on a character that you cannot possibly like or relate to. You hate ’em, or love ’em. You treasure the book or you use it as toilet paper.

Who are your favorite antiheros in Science Fiction & Fantasy? Are there any books you hate because of the antihero?