I seem to have ended up having a number of books on the go at the moment. Somehow this seems to accidentally happen to me every now and again. I start one, and then another book catches my eye partway through, or that book I really wanted finally arrived in the mail after weeks of waiting. And there are also lots of books I am looking forward to at the moment so I thought I would share with you guys what I’m reading and what books I’m looking forward to most in the coming year.

The Elfstones of Shannara – Terry Brooks

If I were to be 100% honest, I would have to admit I actually started this one in early

October. I am struggling with it. I am determined to push on though. I did quite enjoy the first one and I find that Terry’s books give me my quintessential-fantasy fix. I also saw that there is a TV series based on this series which I might check out when I find the time. Who knows, maybe I can even convince Mrs. NW to watch with me! Unlikely though. Most times that I suggest watching something SF & F related I am usually met with a pained expression.

Has anyone else read this? Is it worth finishing?

The Name of the Wind (10th Anniversary Edition) – Patrick Rothfuss

I don’t really need to discuss this book much seeing as most fantasy fans will have read this at some stage. I couldn’t help but be excited when this arrived in the mail yesterday though. I have a thing for beautiful books (no… not that kind of thing, just a normal thing). And this book is definitely beautiful. This is a good example of why I will always prefer proper books to e-books. 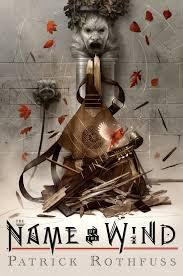 This edition has cool and far more detailed maps. I love cool fantasy maps. I even create my own maps from time to time using map-making software.

It also has appendices which provide some background information on the history/world-building of the Four Corners and a guide to pronunciation (this was definitely needed for me because I felt this book had a million different names that were being pronounced a million different ways by everyone). It’s no Silmarillion style history of the world (sadly! ) but it is still very interesting stuff if you are a fan of the series.

I picked this one up because I read Todd’s short story Keeper of Memory, set in the same world and published in the Unfettered anthology. To this day I think it is the best fantasy short story I have ever read, so I was super excited to read this book. Todd comes from a background as a renowned fantasy artist and is now moving into the world of writing. He is particularly good at drawing dragons and it is no surprise that his debut novel is intensely dragon-focused. He’s got it all thought out. How you raise the dragons, when you clip their wings, what you feed them, their behavioral psychology and instincts etc. If you are into dragons definitely give this one a go.

I have read pretty much all of Alastair’s books set in the Revelation Space universe so it was only natural that I pick this one up as well. This one follows Prefect Dreyfuss as he uncovers a conspiracy. It has all the awesome mysteriousness and fun tech that you can expect from the series.

There are a few books I know of that I’m sure everyone wishes were coming out soon (Doors of Stone *cough cough* Winds of Winter *splutter splutter*). But I think we all know deep down that these books are still a way off. This list only includes books I know will be out soon or are actually (sort of) likely to be out soon. I’ve chucked in a few cheeky books that have been out a while but I am waiting for them to show up in the mail!

Books on the way

These are the ones I have ordered and am waiting for. I imagine these will be my December books. I have heard good things about Neal Asher’s Polity series, and when Bookstooge recommended it as well I just had to order it. I look forward to giving it a go. The others were all recommended by people who really enjoyed The Lies of Locke Lamora and include heists or clever and witty characters. I’m keen to know if you have ready any of these and what you thought of them. 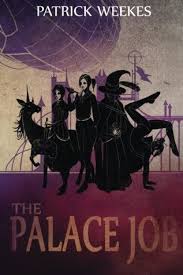 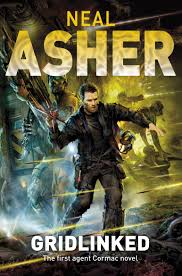 The Thorn of Emberlain – Scott Lynch

This is the book I am most excited about. It’s the 4th book of the Gentleman Bastards series which is one of my all time favorites. The series has it all; great characters, friendships, twisting storylines, and each installment has a distinct setting and flavor. This next one sets Locke and Jean loose in the middle of a war and I can only imagine the kinds of scheming and shenanigans they will get up to! Based on progress reports from Scott Lynch, I think we can safely hope for a 2018 release.

Brandon Sanderson’s next book is released here in New Zealand in about a week. Just about everything he writes is gold and I doubt this next one will be any different. If you haven’t read The Stormlight Archive yet you should – especially if you feel like something a bit different to your typical fantasy world settings.

This is a direct sequel to The Prefect mentioned above. I definitely need to assign Mrs. NW some Alastair Reynolds to read & review soon!

Okay, I promise to stop my babbling and raving now.  What books are you most looking forward to?