I have been reading SF for a number of years now but have only recently tapped into the sub-genre of cyberpunk. I used to think it was all just dudes with spiky hair plugging their faces into their computers and delivering pizzas on a hover-board. It turns out I was dead wrong (not surprisingly perhaps). I have since corrected my thinking. The very best of cyberpunk explores some very interesting SF themes and ideas that are not typically explored in any other sub-genres of SF.

See, I told you! Spiky hair!

The typical cyberpunk setting is humanity’s near future and it is almost always a dark future. Corporations have enough wealth to run the world. Our interaction with technology and artificial intelligence changes the way we live our day to day lives. The gap between the rich and the poor becomes a gigantic chasm that cannot be crossed. Oh, and most importantly of course, there are sparkly neon lights & brothels everywhere and everyone is jacked into computers the whole time having virtual sex with drool running down their chins. Perhaps the most pervading theme in cyberpunk is that money and power corrupts us and human nature is the reason why the hay-day of humanity is destined to rot and fall apart.

Interestingly we can already see some of these things playing out in the world around us. Our tech companies are working tirelessly to create artificial intelligence that will replace the need to spend as much money on workers. As capitalism matures the corporations are only getting bigger and more wealthy. You try starting a small corner store and see if you can compete with Wal-mart! This will only be exacerbated when these companies can afford a virtual workforce and under-cut the rest of the world in an even more cutthroat fashion. It’s not hard to imagine that we are heading towards the mega-corporations that often feature in cyberpunk – seems like simple extrapolation to me – but then maybe I’m just being a downer?

Then there’s computers and communication technology. Smartphones have already had a major impact on our way of life. We now catch up with people on social media and organize our banking on an app. If you go into a restaurant you just see a sea of people ignoring each-other while their faces are lit up with the glow of phone screens. What would it be like if we could download our consciousness onto a computer chip? What if we could just wander virtual worlds endlessly while our real bodies are left to wither away in a chair?

Anyway, I have digressed a bit here. What I actually set out to do was tell you what cool cyberpunk books there are out there.

This one has actually been made into a Netflix TV series as well. If you have watched the TV series please let me be crystal clear – the book is better than the TV series in just about every way that is possible to think of. They have the same general shell of a storyline but that is about it. They are different entities. The book is fabulous and the show is just average silly hollywood-style stuff. It’s funny. All they needed to do was stick to the book but noooooooooooooooooooooooo they just decided to mutilate it by smashing it with a hammer until it was a barely recognizable pulp. Although with decent SF shows being as rare as they are it is definitely still worth a watch. 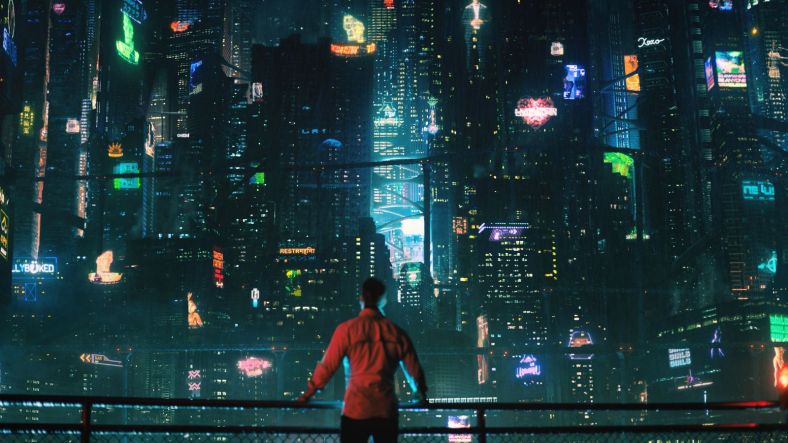 All the shiny neon lights. If you look hard enough I think you can see a few brothels here and there.

This book explores the idea of having your consciousness on a computer chip that you can plug into different “sleeves” (a.k.a bodies) and “real death” only occurs if you cannot afford sleeve insurance or if your “stack” has been destroyed. It does this extremely well by weaving this technology into the plot and the ramifications of the this technology have a big impact on the motivations of the characters and the world around them.

“Society is, always has been and always will be a structure for the exploitation and oppression of the majority through systems of political force dictated by an élite, enforced by thugs, uniformed or not, and upheld by a wilful ignorance and stupidity on the part of the very majority whom the system oppresses.” – Richard Morgan

I think the above quote by the author gives you an inkling of what you can expect in his books. It’s all about the money, the power, and the corruption. Altered Carbon features an ex-fancy-solider who is tasked by one of the most powerful men on Earth to solve a mysterious murder. The pathway is dark and violent and he ends up uncovering a conspiracy which leads to a very satisfying ending indeed.

I have read the second book Broken Angels as well. Good, but not as good.

Mrs. NW tried reading this a few months ago (you can even see her rather optimistic post indicating that she might actually finish it). I think she put it down even more quickly than she put down Prince of Thorns – which is quite an astonishing feat. Something along the lines of “worst book ever”. 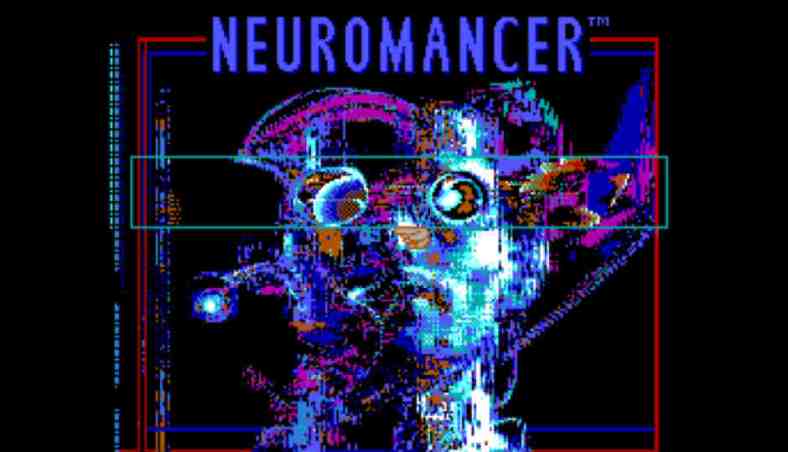 This is old-school cyberpunk.

Little did she realize that she was actually referring to what is widely regarded as the father of modern cyberpunk! I looked deep into my soul and was able to forgive her eventually.

I all seriousness though, this is really one of those hate-it-or-love-it books. The writing is heavily stylized in a trying to be cool kind of way and no explanation is given for all of the tech stuff so it can be a frustrating read if you prefer simple page turners.

Alongside Philip K. Dick, Gibson introduced us to the sprawling neon-lit cities of the future. People can augment their bodies with prostheses and weapons to help them survive the power struggle. The most exciting aspect is the matrix which is a virtual representation of computer data that “cowboys” jack into allowing them to hack computers and steal valuable secrets from companies. All very exciting stuff. And yes rumor has it that this book inspired the creation of The Matrix. This one definitely deserves your attention but just be warned – you will either love it or utterly loathe it.

The second book in the Neuromancer series, Count Zero, is surprisingly just as a good as the first so I will definitely be taking a look at the third one soon. I also recommend starting with Gibson’s short story collection Burning Chrome if you want to get a feel for his writing before jumping into bed with Neuromancer.

Do Androids Dream of Electric Sheep? by Philip K. Dick

This book probably needs no introduction. This is perhaps cyberpunk’s most famous book made even more popular by the movie Blade Runner starring Han Solo (I think that’s his name…)

Dick’s writing is phenomenal. The writing alone, as in the way he combines words into sentences, contributes so much to the atmosphere and the feel of the book and it is a huge bonus that the plot and story are also magnificent. Funnily enough the book is set in the year 2021 so the tech companies out there have some catching up to do!

And outside the world of books…

Deus Ex is a brilliant cyberpunk videogame series – easily the best there is on offer in this form of entertainment. You are a heavily augmented agent that infiltrates society’s biggest secrets. The original game is perhaps a bit dated but the series was rebooted and a good place to start is Deus Ex: Human Revolution.

Deus Ex’s Adam Jensen is just chilling trying to be all cyberpunk-noir. What a bad-ass.

The movie Total Recall (famous for the lady with three breasts) is also worthy of a mention here.

I haven’t yet tapped into cyberpunk much at all but I certainly plan to do so. I’ve got The Windup Girl and Snow Crash already lined up. Have you got anything cyberpunk to recommend?